The role of the fashion industry in the wider ecological conversation has been a hot topic as of late, and it’s one that many have accepted we can’t ignore anymore. As the third biggest producer of waste after the oil and gas industries, now is the time to act. It’s a responsibility anyone we must face, but most seem to have next to no clue as to how we can help not only as businesses, but also as individuals.

Enter Cora Hilts, the mind behind sustainable luxury online store Rêve En Vert; the platform dedicated to making sustainable choices not only effortlessly stylish, but accessible. It’s a business for the modern age, and one that enables the consumer to do their part, but this social responsibility is something Cora feels has only just been (and rightfully so) given any airtime:

“Rêve En Vert has been around for four years but it’s only been in the last two that we’ve seen it really take off. It was crazy that only two years ago people just weren’t talking about sustainability in fashion; they weren’t investing in it or putting their money where their mouths were.”

There’s a calm but sincere urgency in her voice that jars with the sun-kissed apartment that Rêve En Vert calls home. Heaps of cardboard boxes, a wooden dresser dedicated to its virtual beauty aisle and a cat named Sydney don’t lend to the usual symbols of revolution, but don’t be fooled: the founder’s beginnings are far from shallow. Hailing from a small town in Maine, she was propelled head-first into the ugly side of luxury when she enrolled at the American University of Paris;

“The amount of wealth and money going around was absolute insanity; I was enrolling with the Prince of Saudi Arabia; I was used to a completely different way of living and all of a sudden I was getting driven around in my friends Lamborghini. When I moved to the UK I thankfully was able to realise that that way of living isn’t normal. You go to Monaco and see yachts that cost a hundred million— the amount of wealth and waste that comes with it is disgusting.”

She humbly claims that she ‘came in cold’ to fashion, but with a Master’s degree in Environmental Politics + Sustainability, we had to wonder why an industry at the other end of the spectrum (seemingly) was the area that she knew needed her work:

“There was a completely definitive moment for me when I was doing my Master’s: when my professor said that second to oil and gas, fashion was the most pollutive industry on the Earth.

At the time I was like: ‘Holy shit!’, and couldn’t believe that people weren’t talking about this. I was looking for a way to combine my passion for ‘unsexy’ things like deforestation and climate change with a medium that was inspirational, cool but also allowed lots of people to come together, and for me the obvious choice was fashion.

My goal was to  start a company to make sustainable luxury shopping accessible so that people could shop ethically easily. The idea was to curate the best of independent sustainable fashion labels in one place. ” 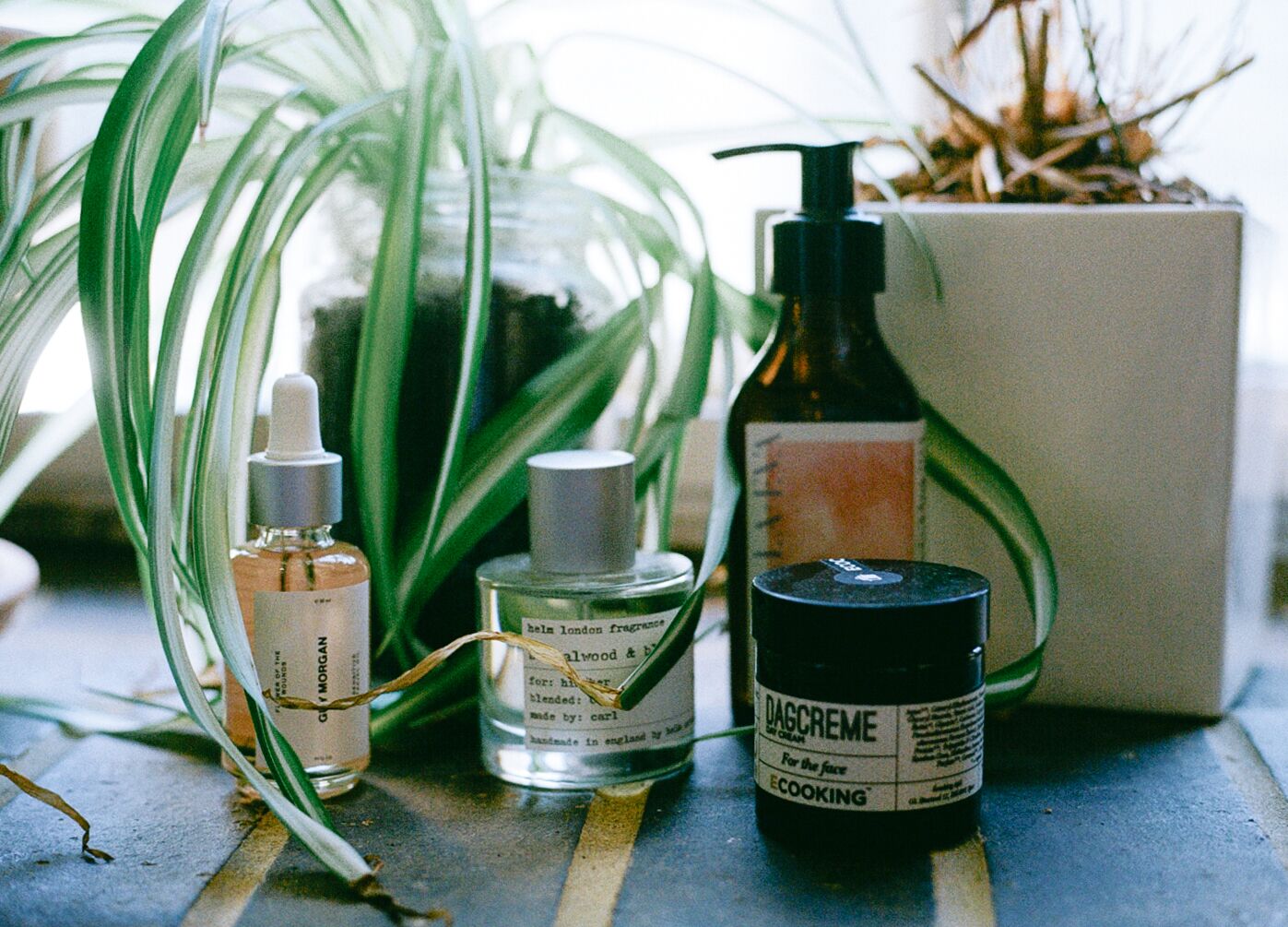 Accessibility is often a problem for any side of the infamous world of fashion, but with a roster of dozens of brands that all help the environment; from swimwear that doesn’t shed micro-beads to zero-waste luxury clothing; the industry seems to be a surprising way to unite solutions to many different ecological issues.

“I think accessibility is definitely one of the main factors that prevents people from shopping sustainably. People will go into a fast fashion shop and drop £200 but you could invest the money into one sweater that lasts for years.”

I asked if she was conscious that the ‘investment’ mindset towards living sustainability could sometimes alienate those who don’t have a lot of money to spend:

“It’s funny you say that— there’s a whole conversation around sustainability right now that it’s something very elitist and only for the rich, but it’s just not the case! You can get a £4 bamboo toothbrush off Rêve En Vert and that can have a greater impact on the environment than a £400 organic silk dress will!”

What’s your process for selecting the brands for Rêve En Vert?

“I’m really grateful that a lot of people come directly to us now when they discover us online, it’s always insane to see how big ‘Rêve’ has grown; Eileen Fisher called and asked me the other day if we wanted to work together. Um, of course!

It’s amazing having that shift to being approached as opposed to me doing the approaching. I always find it so exciting to discover new independent brands that are making a positive difference in their own way.”

Each box in the Rêve En Vert office has its designer carefully written on in black marker pen— Yoli + Otis, Natasha Tonic, Arkitaip — there’s a clear dedication that Rêve has towards the brands it champions, but when asked about what she thinks bigger brands can do to contribute to the cause, Cora imparts her prediction for the industry’s juggernauts: 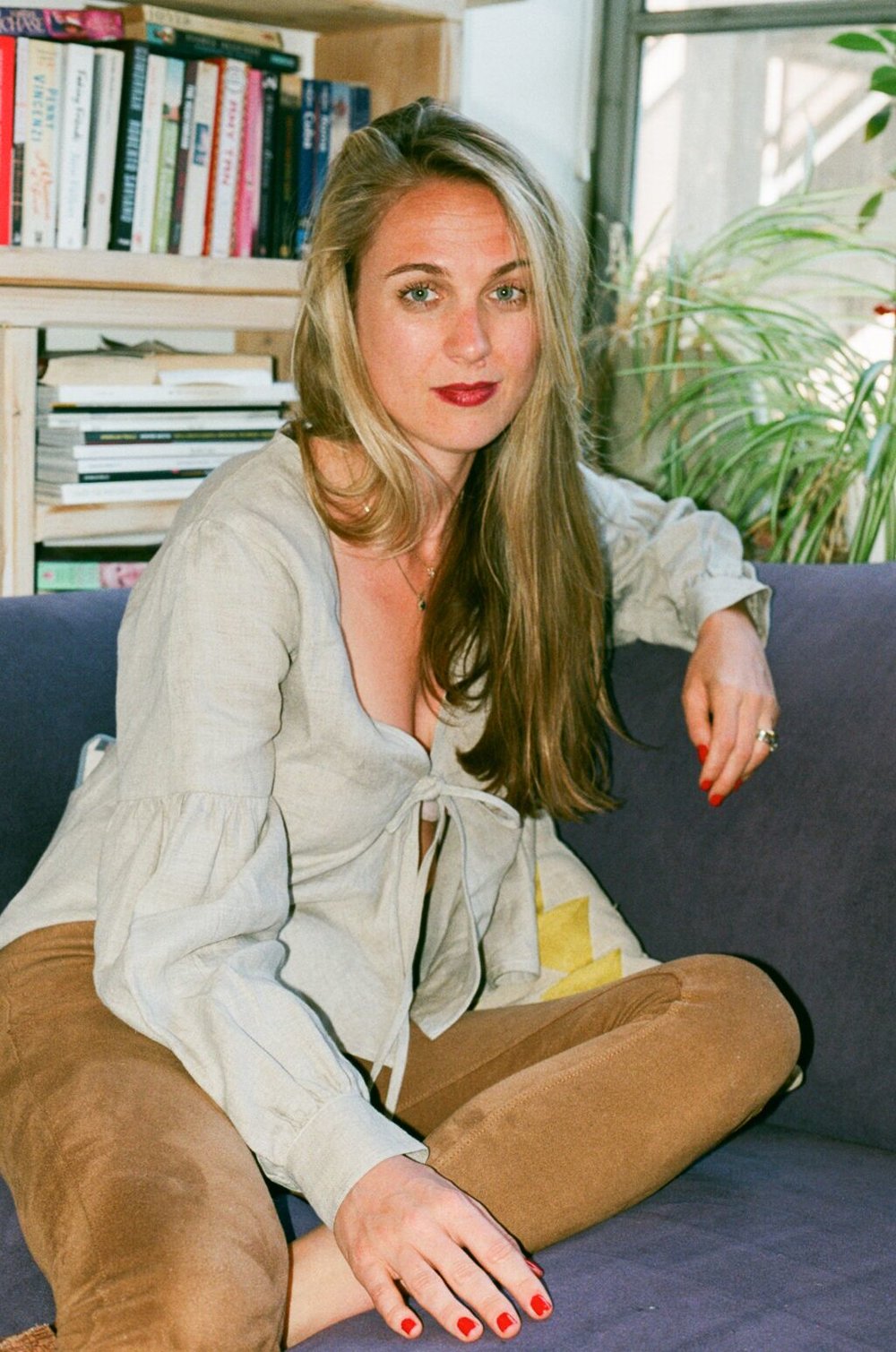 “I always feel really controversial when I say this… but these big brands trying to make efforts to be more sustainable is like turning around the Titanic. I think everyone is jumping on this bandwagon for press, but I worry about how much they're actually able to do— how do you change supply chains that have been so entrenched in unsustainable practises for decades? How much can you really do?”

We can’t help but feel that the Rêve Founder despairs at brands that seem to slap the sustainable label on highly unethical practises for face; a label she’s been working hard towards earning for the past four years. I ask if she thinks they view it as a trend and she nods her instantly:

“I think it definitely is for some people, but what we need to wake up to is that it cannot be a trend anymore: there’s no going back from learning our ecological situation. Once you realise that it’s a lot hotter than it used to be, the pollution levels of the cities and the plastic crisis, how do you go backwards from that knowledge? How can you forget about something like that?

I feel strongly that Rêve is so important for this facet of the crisis: our governments aren’t going to do what we want them to. So, what can we as consumers do?”

So there’s no hope for big brands at all?

“It’s impossible for some of then: if you look into the supply chains for these big luxury brands, the carbon footprint is just insane; the average t-shirt will go to twelve different countries before it even reaches its store.”

“Well, that’s just it, it’s one of the reasons that I love Paradise Row: the carbon footprint is so minuscule! Small batches and runs that are similar to yours is something we really look for in the brands we stock. When bigger names produce these huge quantities, even if they’re most sustainable things in the world, if they’re being produced to arrive in store every two weeks around the globe, the effect they have on the environment is catastrophic.

Besides accessibility, why do you think more people aren’t making the steps to a more sustainable life?

“I honestly don’t know! I think it’s laziness for some, our strategy has been hitting every single point: it’s more economical, it’s easier to buy, it looks cooler its a good thing to do for the environment, there’s so many good reasons, but we’re so ingrained as to its how it always been done and don’t want to change.”

The matter of sustainability is no joke whatsoever for Cora, but in a world of mass-consumption, frequent flyers and wasteful living, I have to know what she think the future holds for those who don’t give the planet they live on a second thought:

“My hope is that these people aren’t here for much longer. [She laughs] Well, they’re living in a different world that isn’t connected to reality! The things these people actually care about, the lives and well-being of our children don’t hang on a Brexit deal, a climate emergency is here and it’s real, we need to start having conversations that really matter.”

Do you think that there will be any kind of future for our children?

“Me and my husband aren’t sure we’re going to have kids for exactly these reasons. The UK is going to be out of airable land by 2030, we simply won’t be able to grow here anymore.

Children that have been born in the past two years have a one in two chance of getting cancer and one in six of diabetes: they’re predisposed to these conditions from being grown in our wombs and drinking our breast milk. What kind of world is that to bring children into?”

In a glamorous industry dictated by social media, it’s very easy to become infatuated with the fake and distracted with pretty clothes in the fashion world, so it’s incredibly refreshing to hear this facet of the industry being talked about with such frankness.

“I recently heard a podcast on a doctor trying to heal people through nutrition, and vegetables, but he found the food he was feeding them made them sicker. He took a sample of the soil that the fodo was being grown from and he found there was no nutritional value. From vegetables. Instead, he found hundreds of toxic chemicals. We’re changing our genetic makeup from what we eat.”

Frankness about the ecological crisis can often flirt with despair and pessimism, but as soon as we walked into the Rêve office, we were greeted by smiles, cups of tea and an overwhelming sense of joy. How can we stay positive for the future in the midst of an ecological crisis?

“Take the same man: he started working with organic regenerative farmers who were taking soil and treating it properly, and you know what? The Earth came back in two years.

Mother Nature wants to live with us and we keep killing her.”

It’s a conversation of ups and downs, and has struck fear into our hearts and inspired our socially sustainable movement in equal measure; but this explosive combination seems to be the bread and butter of Cora Hilts, a woman who reads bodice-ripper novels to wind down from a day of fighting ecological disaster with a business that’s growing day by day in its influence and stature.

Learn more about how you can un-fuck the world on the Reve En Vert website.