There’s a common perception that to start a business in London, you need to be perfectly connected and backed by big investment.

Enter Joanna Payne, who wants to not only change the way we start a business, but also the concept of networking itself. Her club Marguerite, is exclusively for women and non-binary people who work in the visual arts. Their events have been hosted by the likes of fashion designers, Dame Zandra Rhodes and Roksanda; photographers, Rankin, Juno Calypso and Nick Knight; artists, Gavin Turk and Idris Khan OBE and museum directors including Director of Tate, Maria Balshaw and Director of The National Portrait Gallery, Nicholas Cullinan.

She’s achieved a constantly growing membership base, increasingly exciting events and developed a strong community of creatives and arts professionals, without investment or connection.

On Thursday 26th September, #ParadiseRowCurates will be hosting a panel where Joanna will be revealing how she did it. Beforehand, we met with her in the lush gardens of the AllPress Roastery in Dalston to talk about where it all began.

We can’t wait to welcome you into the Paradise Row Apartment for our next panel event ‘How To Found A Successful Start-Up From Your Living Room,’ where you’ll be telling us exactly how you made such an ground-breaking business like Marguerite a reality! Before then, would you be able to tell us what Marguerite is, for those who don’t yet know?

“Gladly! Marguerite is a network for women who work in the visual arts. We host 40 events a year with some of the biggest artists, museum directors, fashion designers, curators and photographers working today!”

The initial concept was very simple – I wanted to create a space where all of the women I knew in the art industry could come together to share ideas. At the time, I felt that a lot of the women I knew in the field found it harder to realise their potential than the men I knew. This often meant that you just didn’t see women in the highest level positions (the directors of all four of the Tate galleries at the time were men, whereas they are now all women.) Whilst there are many reasons for the pay gap in Britain, a huge factor is women’s confidence in comparison to men’s. I wanted to create a ready made support network which would make women feel confident and empowered by the connections they were making!

The first event took place in my living room in 2015 – I invited about 40 people who each brought a bottle. It was all very relaxed!”

But it’s grown pretty huge since then.

“It has! The initial idea was simply that every other month, someone different would host the event in their home. Almost like a book club! After a friend had to cancel the second event that she was due to host at the last minute, we were forced to find a new venue which ended up being a fancy hotel in London. Being in the more corporate-feeling environment of the hotel made the event feel very much like your regular ‘networking event’. I don’t know if you’ve ever been to one but they can feel a bit awkward and stale – which I hated! This made me re-think the model and draw on my experience of organising events for Frieze and Photo London.

We now host 40 events a year all over London with some of the biggest taste-makers and thinkers in the industry!

What were you doing in the past?

“I worked for Frieze Art Fair as Senior VIP Relations and later Photo London as their Head of VIP Relations. Part of my role for both fairs included organising special studio visits and private collection visits for some of the biggest collectors and museum directors in the world.”

As I was setting up Marguerite, I realised there was a real appetite for this sort of event amongst my peers - who would usually end up stuck on the door doing the guest list rather than inside listening! At the time, there was nothing like that available to people who worked in the industry. These sort of events were always planned exclusively for wealthy collectors and people who had already ‘made it’ rather than those who were just starting out.” 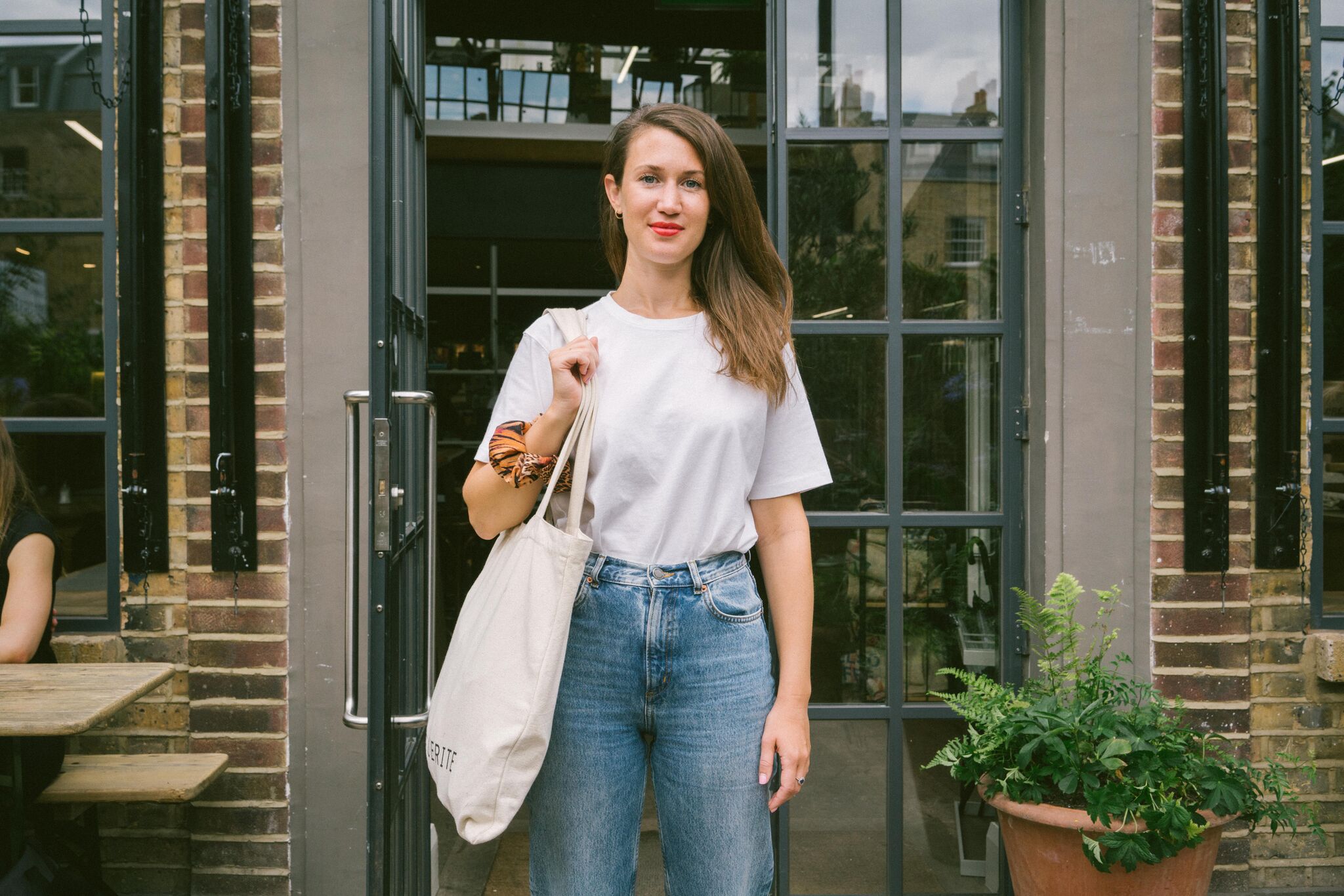 Was the art world where you got most of your inspiration from?

“Yes I was very much inspired by my roles at Frieze and Photo London. After the unfortunate event in the hotel, I decided to rework the format so that our events would always be hosted by an artist, curator, fashion designer or museum director. This gave the events a focus, as well as a reason for two strangers to chat to one another, making it all feel much less ‘networky’! The first event of the new ‘model’ was with Assemble, an amazing artist/architecture collective. They were nominated for the Turner Prize at the time and later went onto win. I met one of the Assemble guys at a party and managed to cajole him into hosting our first event of this sort and it was so popular — everything kind of went from there!”

How did you fall into the art world?

“I actually wanted to study English at uni but didn’t have good enough predicted grades to do so. A teacher suggested I opt for a joint honours course as it would make it easier for me to get in. I’m not sure whether that would actually have been the case but it did make me look around at other options which enlightened me to the possibility of studying Art History – which I then ended up doing as a single honours (I never did get that grade I needed!).

After graduating from Nottingham Uni, I interned for Whitechapel Gallery in their Development (fundraising) department before getting a temp role in the VIP team at Frieze Art Fair. From this, I landed my first full time job at Frieze, where I was involved in the launch of Frieze Masters and Frieze New York! When I eventually left to launch the VIP team at Photo London, I founded Marguerite on the side. After a year or so, I realised that I was onto something good so decided to focus on it full time!”

“Absolutely, it’s a real mix of the two. I’ve always been personally interested in art and have studied it since school. I must admit however that when I graduated, I was a bit baffled about what I wanted to do with my life! Everyone was asking whether I wanted to be a gallery owner or a curator – and the answer was ‘no’ to both! I knew I wanted to work in events of some sort but didn’t know how I could make the two interests combine.

In the summer after graduation, I was called up to do jury service (where you have A LOT of time to kill!). I picked up a copy of Frieze Magazine to read which is where I learnt about Frieze Art Fair AKA a huge art event. It then became my mission to work for them!” 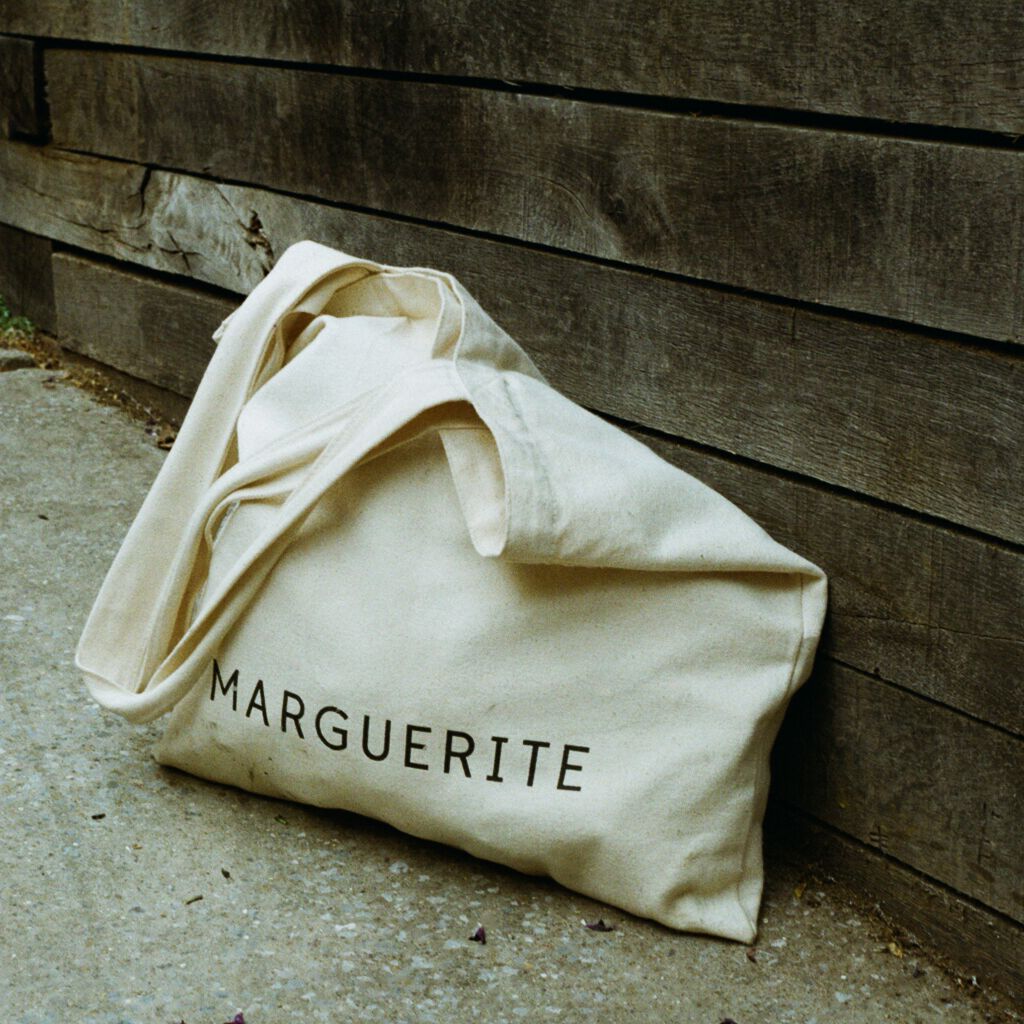 “Next year, we’ll be doing a road-trip with events around the UK. We recently launched our ‘Outside the Bubble’ membership for people who are based outside of London. With this membership, you get access to the written highlights from our talks, benefits with brands (including Paradise Row!) and discounted tickets if you ever find yourself in town. The fact that it’s been so popular demonstrates that there is a demand for Marguerite outside of the big smoke and we’re keen to meet some of our friends in other cities!”

Feeling inspired? Well, for one night only on Thursday 26th September, you’ll be able to catch her at the Paradise Row Apartment for a night of discussion and networking! Joanna will be revealing how she created her network from the ground up, with drinks and nibbles all night and a curated guest-list of wonderful creatives (all in collaboration with The Dots Events).

Visit The Dots for tickets to ‘How To Start a Successful Start-up from your Living Room’.