Everywhere you walk in the lively borough Paradise Row calls home; in every cafe, restaurant and coffee shop, there are young start-ups and creatives doggedly typing, writing and drawing, practising their craft and honing their skills as they dedicate their lives to their passion.

In the stages before they own their own space, somewhere they can be, somewhere they can create, such places become second homes and work-spaces for the young artists and writers of the area. In the same way, we find Levi Aluede - director, producer, cinematographer, and writer - sat in The Larder in Bethnal Green, lost in a book he’s just bought, fresh out of a meeting.

Only a few years into his directorial career, Future First Productions - Aluede’s joint endeavour with fellow writer and director Dylan Mascis - has already released its first movie, and the duo are already working on a second.

He tells us this news with a calm excitement, cradling a coffee in his hands:

“We’re currently fundraising for the next big project, I’m doing a bunch of producer meetings, I’ve just come from one just now and I have another meeting with a producer next week after I’m back from Paris.”

His train of thought grinds to a halt as he suddenly becomes preoccupied with something more important. He pauses, turns his head to our photographer and rests his finger on her camera:

For all of the time with Levi Aluede, his mind doesn’t stop working, constantly finding inspiration and conversation within the small garden courtyard we share with one other person.

“Oh, this is the R3, I’ve been shooting a lot of films recently on this one. I’ve used a lot of cameras, and this one is seriously good. It’s a bit too small for me, though.”

His big plans for his future ought to be matched in stature with the apparatus, and it’s a journey we discover has been all his own:

“I didn’t study film or even go to university, so I didn’t understand anything at that level. I studied film at A level but I found I didn’t really learn anything, but I knew when I left was what I wanted to do for the rest of my life.”

So there was no practical experience? Who were your big influences when you were that age? Aluede laughs coyly and smiles into his coffee:

“At that age, I didn’t know people directed movies! I thought they came down from the gods, that they were dreamed of and just appeared for everyone to enjoy. I didn’t understand that people made them, let alone were paid to make them. I only had this epiphany once I finished school. My dad’s an accountant, and although my mum’s into fashion so there wasn’t really any creative influence.” 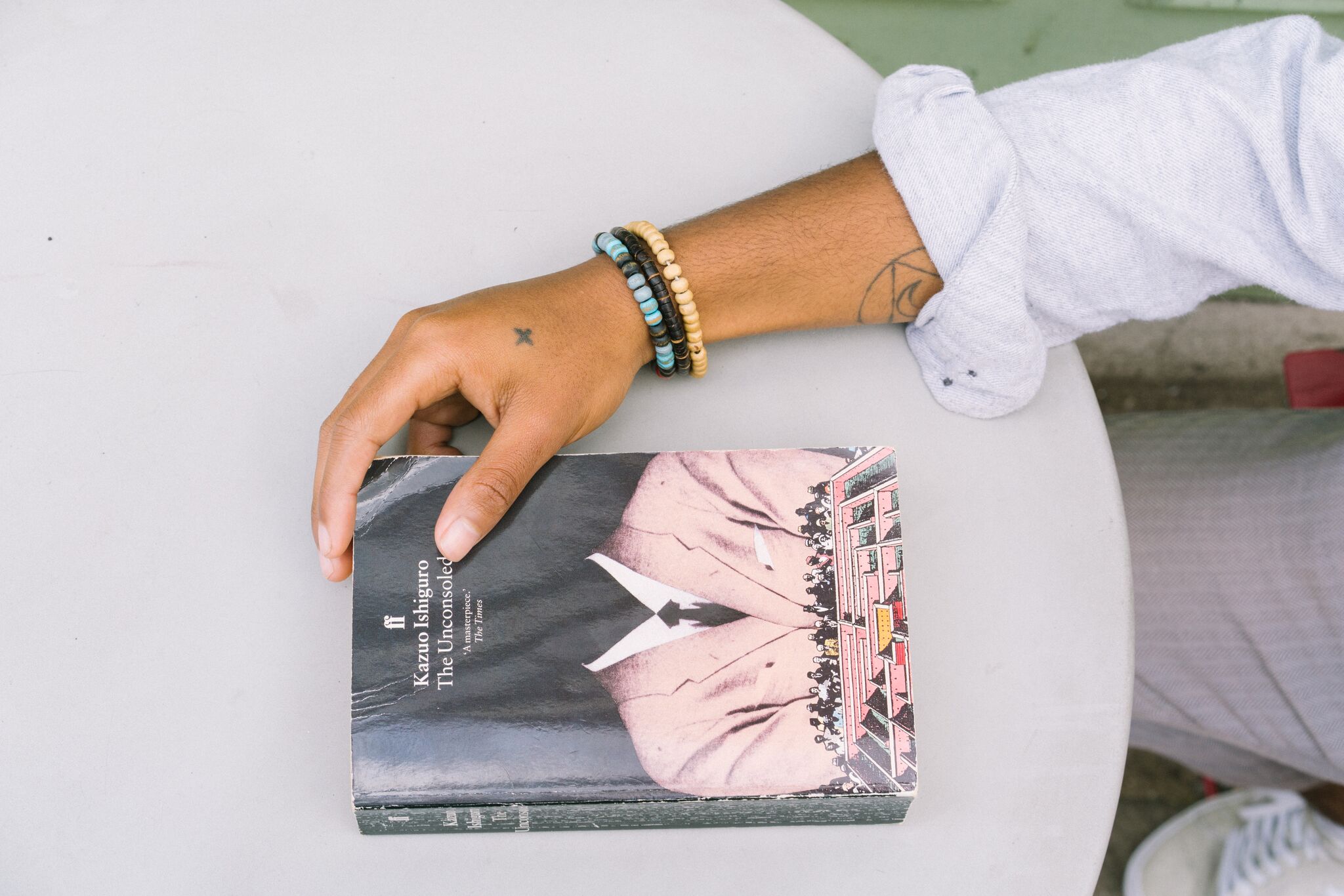 Despite not coming from a creative background, Levi has only gone from strength to strength in the past year, producing a short film for up-and-coming star Laura Misch along with his directorial debut Ingénue enjoying screenings around the UK. Its success as a piece of film meant to provoke and unsettle is surprising, and this unsettled feeling is one that Levi says was purposeful:

“Making a film in general is so so difficult, but Ingenue was so different to anything I’d imagined.”

What made that process so difficult and unsettling?

“Ingénue is about women. More specifically, it’s about the things that men do to make women feel uncomfortable without really realising, and what they do that’s obvious as well. The whole film is meant to exist within that uncomfortable space. I heard all of these bizarre and strange stories from women I know and decided to put them all in the same location.”

How do you go about creating an uncomfortable space? Levi laughs knowingly:

“It was so comfortable! We had beers, we were smoking like it was a proper party. I’d never worked with actors before, so the key for me was about them understanding the pace of the film. They had to be comfortable to become uncomfortable.” 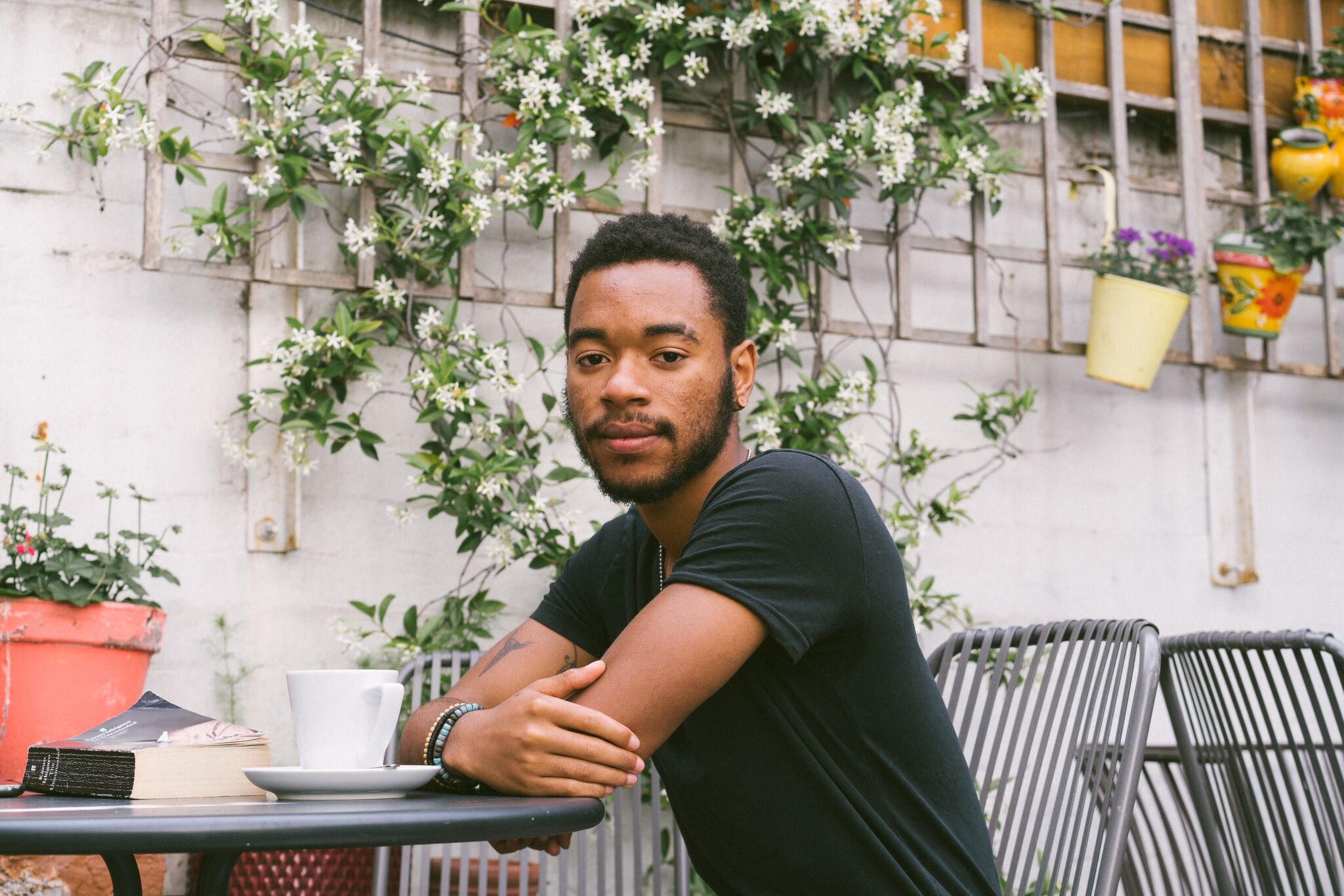 We’re curious to hear about his latest project that we’ve seen teasers for online: a different kind of horror film entitled This Order: whose prelude inspires and intrigues in equal measure:

“I finished Ingénue and wanted to make something else straight away; every movie you make is like having a baby, they go into the world and once you realise you can’t take care of them anymore you need to start thinking about something else.

I spoke to Dylan who wanted to make something darker about mental health and his personal experiences with OCD. I thought ‘I wouldn’t mind making a horror film!’ I’m not that interested in the genre, I know I’ll only do a couple in my life, but because there’s not that experience, it’s going to be completely different from any other horror that’s existed before. We got our production designers, the score, the team together as soon as the script was written.”

What are your next steps for This Order?

“Right now, we’re trying to get funding to shoot and edit the film: we have the treatment, the script, concept for set design, clothes, cameras. We’re constantly meeting with producers but are always open to hear from people who want to support local filmmakers too.”

Besides This Order, what are you most looking forward to for your career?

“I get out of bed to make movies! My dream is to make a film about food and the relationships people form around it. I love Chef’s Table; the cinematography is amazing.

There’s also a couple of books that I’m adapting: one about my friends dad who was part of the British Black Panthers and knew Martin Luther King, there’s another book I’m adapting about cooking and grief I can’t wait to get the rights for.”

With a multitude of projects in the works, including a documentary on the UK education system as well as his pioneering horror and adaptations, we wonder if Levi feels his personal style is sometimes lost or if it stretches him too thin, creatively:

“I think that people think I have a style, or that there’s only one thing I like to make, but that’s not true: I want to make loads of different things— isn’t that how creativity works?

In the year since I finished my first film, I’ve never been more comfortable with my life. It’s like a peacefulness I’ve never had before; I feel I’m exactly where I used to be. Trying to be positive, realising that there aren’t that many things to be negative about, and even if there are issues in your life or society, you should be excited and positive about change.”

He pauses to drink in this statement, and we can see in his face that what he’s just said is completely true. A ladybird lands on him as he stretches and remarks on the colours of the garden as if it’s a set that’s just been designed, one which we feel honoured to be players in:

“There’s a beautiful palette here, I love the green.”

Watch the teaser prelude for This Order.

Find out how you can become a donor of Future First films.